A recent report suggests that highly religious couples have better relationships and better sex. Domestic violence, however, is the same for them as their less religious neighbors. 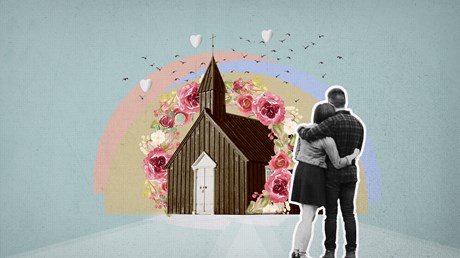 Charlie and Marty Coe recently celebrated their 50th wedding anniversary in front of a joyful crowd of family and friends, but things weren’t always so good in their marriage. Although they were very much in love in the early years, by the time they reached their early 30s, they had grown “cold and distant” and were “living the life of married singles.” As they put it, they were “a train wreck waiting to happen,” and though they never discussed it, the threat of divorce “loomed large.” At the time, they attended church but were not living out their faith in their marriage.

All that changed about 38 years ago when the couple attended a Worldwide Marriage Encounter (WWME) weekend they heard about through a friend at church. During the event, an unhappy Marty found the courage to tell Charlie he needed to shoulder a much larger share of the care of their two children. The WWME community also jumpstarted their faith and their marriage, prompting them to pray with and for one another on a daily basis and to become more active leaders in their church. Since then, they’ve enjoyed a vibrant marriage that they continue to share about through their marriage ministry.

This couple’s experience is illustrative of some of the key findings from a new report from the Institute for Family Studies (IFS) and the Wheatley Institution, The Ties That Bind. It finds that “lukewarm” couples—those who attend church infrequently—do not enjoy better relationship quality than secular couples who never attend church, and on some measures, such as men’s infidelity and women’s relationship quality, they actually do worse than secular couples. But couples …